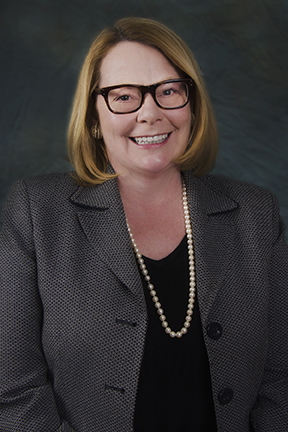 The James Law Firm is a successful New York based law firm representing clients in both state and federal courts throughout the greater New York metropolitan area. We handle a wide variety of legal matters, including intellectual property on behalf of content creators, business law and corporate disputes, as well as negotiations and representation of businesses in labor law matters.

We also handle disputes in State and Federal courts and in front of the Labor Board in hearings and audits. We have also represented businesses faced with discrimination and other labor claims in court and in front of government agencies such as the New York Human Rights Division and the New York Labor Department.

For businesses we handle everything from contracts, leases, labor law disputes, setting up business structures such as partnerships, joint ventures and other business structures. We are also certified in the mediation of complex commercial disputes and have handled hundreds of mediations that have led to settlements between the parties. Ms. James is also a certified arbitrator who handles disputes on behalf of the courts and privately.

With extensive experience and diversity in the practice of complex litigation, corporate, and employment law issues, our attorneys provide clients with the care, accuracy and dedication expected of seasoned litigators.

Ms. James has served as a practicing attorney in the New York and Connecticut Federal and State courts for over twenty-eight years. She has extensive experience in complex commercial disputes, including intellectual property, trademarks, unfair business practices, labor law disputes and all aspects of commercial litigation. She has further handled wrongful death and personal injury cases including aviation, mass torts, maritime accidents, litigation arising from 9/11 premise liability and general torts in federal and state courts nationwide. Ms. James is also a highly accomplished panel member, serving as mediator in hundreds of cases that often result in case resolutions. A few of the Panels that Ms. James is a part of include the U.S. Southern and Eastern District courts of New York, the New York State Supreme Court Commercial Division, the City of White Plains as an Arbitrator and Mediator, among many others. Ms. James has the experience to understand how to achieve the most equitable resolution in Commercial and Personal Injury matters, and how to arrive at a resolution in a time and cost-efficient manner.

The James Law Firm also has an active anti-infringement practice on behalf of copyright owners against bit torrent infringement in the Federal Courts of New York and Connecticut. The James Law Firm also provides council services to a number of businesses and law firms, including per diemappearance work and provides alternative dispute resolution services including mediation and arbitration, and negotiations, contract drafting and closing services.

Jacqueline began her career at Mudge Rose Guthrie Alexander & Ferdon a major Wall Street firm specializing in complex litigation. Jacqueline then joined the national recognized premier aviation firm Kriendler & Kriendler where she handled major aviation cases including TWA 800 and PAN AM Lockerbie. Jackie was responsible for all aspects of trial and appellate practice. She has also worked in boutique litigation and intellectual property law firms in the New York Metropolitan area.

Jacqueline brings her twenty eight plus years of experience litigating and trying complex cases to her mediation services.